For a number of years there had been a desire to improve the West Street frontage of the church but there was no money and no special vision. 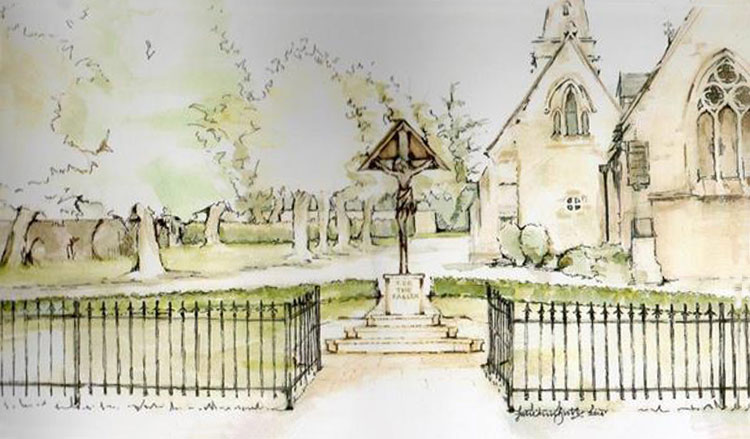 Fr Stephen provided the vision when he suggested that it would be good to commemorate the First World War by creating a Garden of Peace and Remembrance, using the existing Calvary as a focus. Peter Gibson, then a Church Warden, made a preliminary sketch which was developed into a formal plan by our inspecting architects.

Robert Smith, a stone and wood carver and conservator, designed and constructed the Portland stone plinth and restored the corpus and the rest of The Calvary. The plinth is engraved ‘For The Fallen’.

Local tradesmen were engaged to replace the rickety fence with metal railings, pave and turf around the Cross, then hedge the area with yew. The stone benches were the final addition.

The project has cost over £25,000, but it has transformed the area.

There have been some generous donations and a great deal of fundraising…. 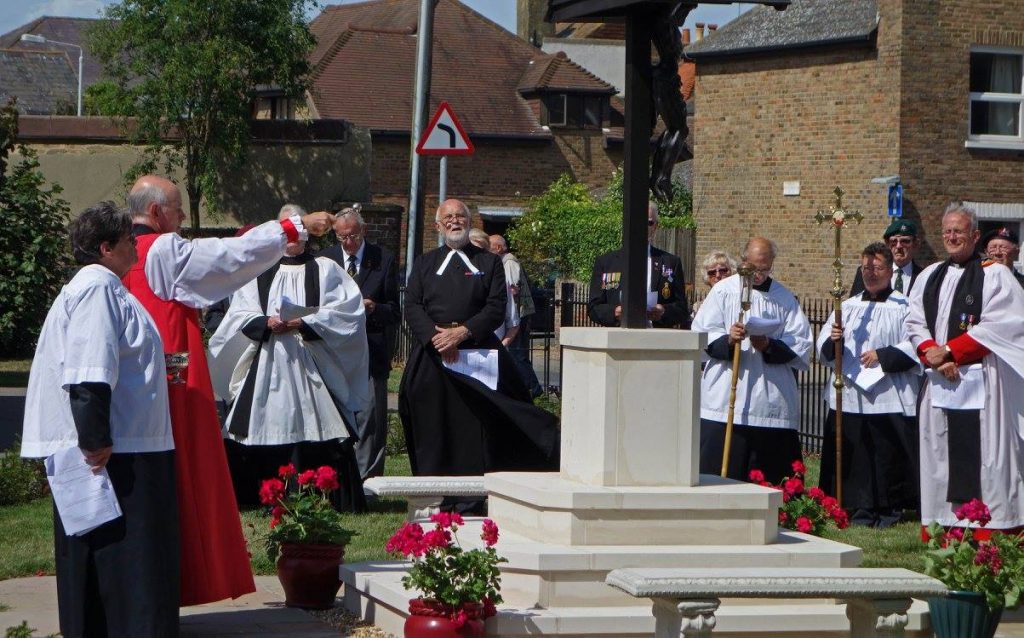 The Memorial Cross was dedicated in an open air service by The Right Reverend Trevor Willmott, Bishop of Dover, on Saturday, 18th July 2015.

The service was attended by members of the Royal British Legion.

While the memorial is now complete the fund is still open. If you would like to donate to our project you may do so online. 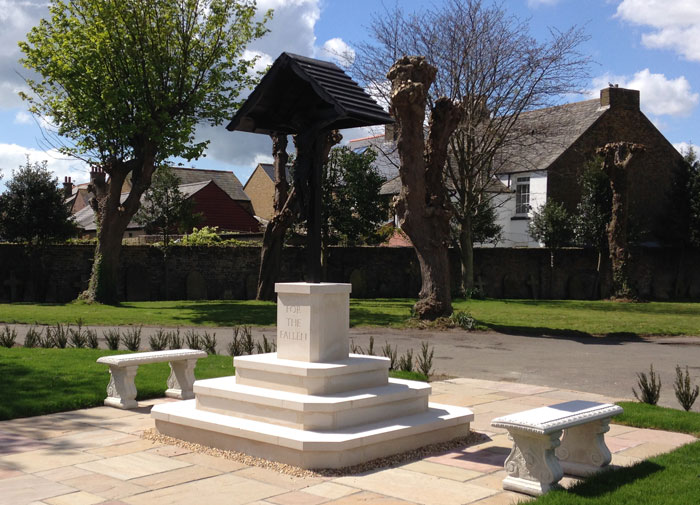